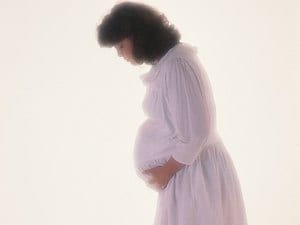 TUESDAY, April 17, 2018 (HealthDay News) — Girls whose moms were overweight or had high blood sugar during pregnancy may be more likely to enter puberty early, a large new study suggests.

The Kaiser Permanente researchers said their findings could lead to new strategies to curb early puberty, which can have adverse long-term health effects for girls.

“We know that maternal weight can influence childhood weight. What we are learning is that the in utero environment may also affect the timing of future pubertal development in offspring, which makes sense since human brains are developed in utero and the brain releases hormones affecting puberty,” said study lead author Ai Kubo. She is a research scientist with the Kaiser Permanente Northern California division of research.

For the study, the researchers examined the metabolic health of more than 15,000 women and the start of puberty in their daughters. A growing number of 6- to 11-year-old girls are entering puberty these days, and researchers have been trying to find out why.

Early puberty may put girls at greater risk for health problems later in life, including obesity, type 2 diabetes, polycystic ovarian syndrome and cancer. It can also lead to earlier sexual activity and pregnancy, as well as emotional depression and anxiety, the study authors explained.

Girls born to obese mothers were 40 percent more likely to develop breasts early, the findings showed. And in daughters of overweight mothers, the odds of early breast development were 20 percent higher.

Exposure to high blood sugar levels during pregnancy was also associated with early breast development. Gestational diabetes, however, was an exception to this finding.

“It’s possible that women with the diagnosis of gestational diabetes were more careful about weight and diet, which might have changed the amount of weight gain and offspring development patterns, but other studies need to replicate the finding to be able to conclude that there is an association,” Kubo said in a Kaiser news release.

A similar link was found between mothers’ weight and development of pubic hair in their daughters. But the researchers said the link appears to differ by race and ethnicity.

Asian girls whose mothers were obese were 50 percent more likely than those with normal-weight moms to develop pubic hair early. However, no associations were found among black girls.

The study, which was funded by the U.S. National Institutes of Health, was published in the April 16 issue of the American Journal of Epidemiology.

It’s important to note that the studies only found an association between women who were overweight or had high blood sugar during pregnancy and early puberty in their daughters. They did not prove cause and effect.

The American Academy of Pediatrics has more about early onset puberty.