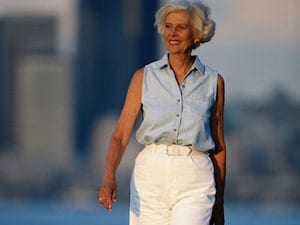 One oncologist said the findings are welcome news for millions of American women.

“Both obesity and breast cancer are medical issues that plague women in this country,” said Dr. Lauren Cassell, who directs breast surgery at Lenox Hill Hospital in New York City.

“Approximately one-third of women in the United States are obese, which carries with it a known increased risk for hypertension [high blood pressure], diabetes and orthopedic issues, to name just a few,” added Cassell, who wasn’t involved in the new research. “In addition, we know that one in eight women will develop breast cancer.”

So could dropping excess weight lead to lower breast cancer risk, too?

To find out, Chlebowski’s group tracked outcomes for over 61,000 postmenopausal women with no prior breast cancer and normal mammogram results. The women’s weight was checked at the start of the study and again three years later.

During an average follow-up of just over 11 years, about 3,000 new cases of invasive breast cancer were diagnosed in the group.

Women who lost 5 percent or more of their body weight had a 12 percent lower breast cancer risk than those whose weight remained the same, the findings showed.

The findings were published Oct. 8 in the journal Cancer.

Chlebowski pointed out that “these are observational results, but they are also supported by randomized clinical trial evidence.”

And the new study shows that, “as if that were not enough, we now seriously need to lose that weight so that we can minimize our chances of developing breast cancer,” Police said.

The U.S. National Cancer Institute has more on breast cancer.