The Other Opioid Crisis: Shortages at U.S. Hospitals 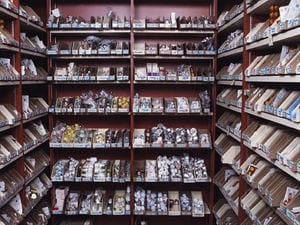 WEDNESDAY, May 2, 2018 (HealthDay News) — U.S. hospitals are running short of the injectable opioids and anesthesia drugs that most surgery patients need during and after their procedures, a new survey shows.

More than 98 percent of anesthesiologists responding to the survey said they regularly experience shortages of these drugs.

And recent efforts by the federal government to curb the opioid crisis — by cutting back on the raw materials used to make opioids — may partly explain why.

Unfortunately, 95 percent of those surveyed said the shortages have affected the way they treat their patients.

The top five drugs in shortest supply are opioids like hydromorphone (Dilaudid), fentanyl and morphine, the local anesthetic bupivacaine, and the lifesaving allergy drug epinephrine, the American Society of Anesthesiologists (ASA) survey found.

“Physicians out there are frustrated because they want to do great work for people, and they are struggling with supplies,” said ASA President Dr. James Grant.

Particularly troubling is the shortage of bupivacaine, which is most often used to ease pregnant women’s pain during a C-section delivery without putting her to sleep, Grant noted.

“We have very little and we ration it,” Grant said of bupivacaine. “That, frankly, is a first for us.”

The shortages stem in part from manufacturing problems with a production facility in Kansas that the drug company Pfizer acquired when it purchased rival drug maker Hospira in 2015, Grant said.

“Pfizer bought the company and went in and found a number of quality production issues,” Grant said. “Instead of closing the factory down in phases, to bring it up to standards, they shut the whole factory down at once.”

Pfizer said in a November 2017 letter to customers that full production will not resume at the plant until early 2019.

Other drug companies have tried to fill the gap, but they have been hampered by the U.S. Drug Enforcement Administration’s (DEA) efforts to reduce availability of prescription opioids by cutting back on the raw materials used for the painkillers.

The agency has recently reversed course, based on complaints that hospitals are running low on opioids necessary for pain management, said Arika Trim, associate director of media relations for the American Hospital Association.

“DEA recently granted some additional quota for raw materials to West-Ward Pharmaceuticals and Fresenius Kabi USA so that they can produce certain injectable opioid medications that are experiencing severe shortages,” Trim said.

In the meantime, anesthesiologists say they are struggling to properly care for patients.

“I’m having to use much older drugs with more significant side effects that seriously impact efficiency, quality and patient satisfaction,” one survey respondent said. “Patient safety is also at risk since many health care professionals have little to no experience dealing with these older drugs.”

Workarounds include using oral opioids, but that is not ideal for patients undergoing surgery, another survey respondent explained.

“Oral treatments take far longer to work than IV treatment, so patients who have had major surgeries are suffering in pain due to lack of quick-acting medications,” the anesthesiologist said.

“I have had patients ask me about the drug shortages, as they have been publicized in the news, and they fear surgery due to the impending pain they’ll have postoperatively,” the doctor continued. “So, imagine already fearing a surgical procedure that must be done as a lifesaving measure, but also fearing the probability that your pain won’t be controlled afterwards.”

Everyone’s focus is now on getting through this crisis, but Grant hopes once it has passed some reforms will be instituted to prevent such shortages in the future.

These include getting generics on the market quicker, creating backup plans and tracking systems to detect and avert impending drug shortages, and making it easier for foreign drug companies to supply U.S. hospitals during critical shortages, Grant said.

“We’ve been finding ways of getting around it. Is it our first choice how we’d take care of people? Often not. We’re doing what we can for patients,” Grant said.

The U.S. Food and Drug Administration has more about drug shortages.