Under New Plan, FDA Hopes to Cut Use of Dogs in Veterinary Drug Trials 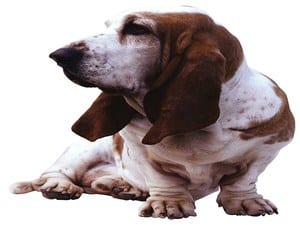 FRIDAY, Nov. 16, 2018 (HealthDay News) — As part of a new effort to cut the use of dogs in drug trials, the U.S. Food and Drug Administration on Friday launched an initiative to keep canines out of studies for certain veterinary medicines.

The project is aimed at “bioequivalence” trials — studies conducted to test whether a new generic version of a drug is equivalent in effectiveness and safety to an existing medicine.

Often, these drug tests involve live dogs who are treated with the drug and then euthanized and autopsied, to examine how the medicine affected tissues and organs.

But under the new plan, such trials may become obsolete, FDA Commissioner Dr. Scott Gottlieb said in an agency news release.

“Our goal is to do one single study involving a small number of dogs where the dogs will only be subject to minimally invasive blood sampling, and adopted as pets at the completion of the short trial — to eliminate the need for the use of dogs in certain types of future studies, some where they might have been euthanized,” Gottlieb explained.

The new research is aimed at validating that approach, so that bioequivalency studies could dispense with the need to use live canines.

Gottlieb said the move away from live animals would be especially important for the testing of veterinary medicines like anti-parasite drugs, which need to be absorbed internally.

“For anti-parasitic drugs that act locally within the gastrointestinal tract, this has historically required data gathered from terminal studies, meaning the animals were artificially infected with gastrointestinal parasites and then euthanized at the conclusion of the study,” Gottlieb said.

This was done “so that researchers could physically examine the GI tract for parasites or parasite damage, to evaluate whether the drug was effective,” he noted.

However, the proposed new study might get around the need for euthanization altogether.

In the new trial, three groups of dogs will each receive three pills over the course of several months. Blood tests will be drawn to see if concentrations of the medicines are equivalent to those seen in the dogs treated with a similar, already marketed drug.

That should “establish a clear benchmark for how these drugs are absorbed in the dogs’ blood,” Gottlieb explained. Once that data is known, calculations can be made that simply “model the absorption of drugs [by dogs] in the future, rather than requiring the drugs to be tested on live dogs,” he said.

The dogs involved in this breakthrough study will be treated well, Gottlieb added.

“Because we know that it’s important to prepare the dogs to be calm for their blood draws, and to give them a head start on their transition to life as pets, the research staff will work with the dogs to socialize and acclimate them to their environment for at least two months before this study begins,” he said.

“The dogs will receive regular veterinary care, including vaccinations and other preventive care, so that they remain happy, well-socialized and healthy,” according to Gottlieb. “At the conclusion of the study, the dogs will be retired for adoption as pets.”

The FDA has recently re-focused its efforts on reducing the need for animal trials generally, creating its own Animal Welfare Council in January 2018. The council provides “centralized oversight of all animal research activities and facilities under its purview,” he said.

Gottlieb stressed that, in some cases, animals are still vital to research that could save people’s lives. But, “we’re committed to exploring ways to help FDA scientists and product developers reduce reliance on this practice,” he said, and the newly proposed study “is a big part of that effort.”

The FDA says it is accepting public comment on the new canine trial over the next 60 days.

Find out more about animal testing at the U.S. Centers for Disease Control and Prevention.