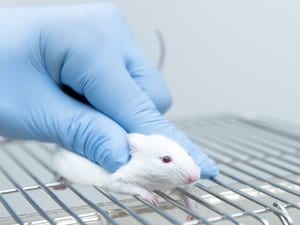 WEDNESDAY, May 30, 2018 (HealthDay News) — Exposure to triclosan — a chemical in some shampoos and toothpastes — might raise the risk for colon inflammation and colon cancer, at least in mice, researchers say.

Triclosan is a common antibacterial agent. It’s often used in hygiene and cosmetic products. Triclosan is also found in some clothing and kitchenware, according to the U.S. Food and Drug Administration.

The FDA no longer allows triclosan in hand soaps, but it’s still present in other household products, such as dish soap.

Working with laboratory mice, Zhang and his colleagues concluded that triclosan could alter gut microbiota, or the types of bacteria living in the intestines.

The team warned that triclosan should be monitored more closely.

Study co-first author, Haixia Yang, a postdoctoral fellow at UMass Amherst, said, “Because this compound is so widely used, our study suggests that there is an urgent need to further evaluate the impact of triclosan exposure on gut health.”

It’s important to note, however, that the results of animal studies aren’t always applicable to humans.

In several mouse models, the researchers found that triclosan triggered inflammation and tumor formation in the colon.

Triclosan also increased development of inflammatory bowel disease (IBD) in the mice, suggesting that IBD patients may need to reduce exposure to this compound, the researchers said.

Triclosan had no effect, however, in models involving germ-free mice or mice that were genetically engineered to lack a specific receptor that is critical for gut bacteria communications, the investigators found.

According to Zhang, “This is strong evidence that gut microbiota is required for the biological effects of triclosan.”

Just how common is triclosan?

It’s in more than 2,000 consumer products. And the chemical was detected in roughly 75 percent of urine samples tested in a U.S. National Health and Nutrition Examination Survey, the study authors noted. It’s also one of the leading pollutants in rivers in the United States.

The study was published May 30 in the journal Science Translational Medicine.

The U.S. Food and Drug Administration has more on triclosan.