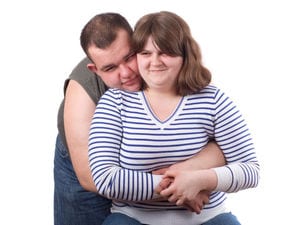 In one of two new Swedish studies, major weight loss after bariatric surgery was associated with more divorces.

In the other study, singles were more likely to form new relationships or marry after a weight-loss operation.

“Those of us who take care of bariatric surgery patients notice that many patients experience a pretty profound change in their lives,” said Dr. Luke Funk, an assistant professor of surgery at the University of Wisconsin in Madison.

“Their significant weight loss and improvements in other health problems — like high blood pressure and diabetes — cause changes in both their physical and mental well-being,” added Funk, co-author of an editorial published with the study.

“They often take up new hobbies, become much more physically active, and feel much more confident about themselves. They also tend to have an improved self-image. I think this leads many to re-examine their relationships with others,” said Funk.

Weight-loss surgery is an effective treatment for severely obese patients who want to control related health issues, the study authors noted. Its popularity is growing, with nearly 470,000 bariatric procedures performed globally in 2013.

But researchers have found a mixed bag of effects in terms of behavior, ranging from improved quality of life on the one hand to increased risk of substance abuse on the other.

One of the new studies tracked the relationship histories of nearly 2,000 obese Swedes who underwent weight-loss surgery over 10 years. The investigators compared the patients with about 1,900 obese adults who did not have surgery.

The other study looked at about three years’ worth of post-surgical data on about 29,000 patients who underwent gastric bypass surgery. Those patients were compared with over 280,000 individuals in the general public.

The study authors found that bariatric surgery was tied to increased odds for divorce or separation for those in a prior relationship, especially for those who lost the most weight.

And among those who had been unattached, significant weight loss was associated with higher odds for a new relationship or marriage.

Study author Per-Arne Svensson said, “In solid partner relationships, weight loss after bariatric surgery is probably not an issue, and in many cases the relationships can even be strengthened.

“However, in partner relationships that are somewhat unstable or nonfunctional, weight loss may increase the risk of partner separation,” he noted.

An associate professor at the University of Gothenburg, Svensson added, “Unfortunately, our study can only give limited insights to why some couples separate after bariatric surgery.”

Funk said it was “kind of surprising” that patients who were in a relationship were more likely to divorce or separate after surgery.

“One might have thought that existing relationships would strengthen as bariatric patients experienced an improvement in their mental well-being and self-image,” he pointed out.

Nothing is clear, but Funk offered some theories: “Maybe the bariatric patients wanted to experience new relationships. Maybe the partners of those patients felt less connected to the ‘new person’ that they were married to.”

Another possibility, he said, is that previously healthy relationships suffered when “things that couples may have had in common before surgery perhaps were no longer shared interests after surgery.”

The research can’t establish a direct cause-and-effect relationship. And the study authors cautioned that the findings might not apply outside of Sweden.

Still, the findings may have serious implications, Funk said.

“Many patients have told me that bariatric surgery was the best decision they’ve ever made, and they really do have a new outlook on life. A fresh beginning,” he said.

But, Funk cautioned, health care professionals need to discuss the potential impact of bariatric surgery on their patients’ relationships with others.

The report was published online March 28 in JAMA Surgery.

There’s more on weight-loss surgery at the U.S. National Institute of Diabetes and Digestive and Kidney Diseases.