Keep Working to Protect Your Brain After a Mild Stroke 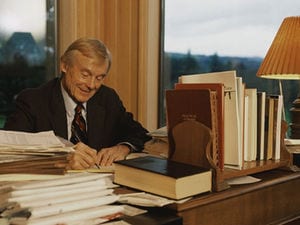 THURSDAY, Jan. 25, 2018 (HealthDay News) — Work may be good medicine for the brains of people who suffer mild strokes, a new study out of Israel suggests.

The study included 252 working-age adults whose mental functioning was evaluated one and two years after a mild stroke.

Those who had jobs before and after their stroke were less likely to experience mental decline, the researchers said.

Compared to those who had jobs before their stroke, those who were unemployed were 320 percent more likely to develop mental decline within two years. They were also more likely to have worse depression, unhealthy brain changes, high blood pressure and type 2 diabetes, the study authors reported.

Returning to work was associated with a reduced risk of cognitive decline.

In the two years after a mild stroke, 4.4 percent of the patients died and 8.9 percent developed mental decline, according to the study.

She is a senior researcher in the Neurology Department at Tel Aviv Sorasky Medical Center.

Research presented at medical meetings is considered preliminary, because it has not had the rigorous scrutiny given to published studies.

The U.S. National Heart, Lung, and Blood Institute has more on stroke.