Stroke, Heart Events Can Sideline You From Work 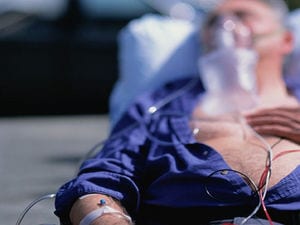 MONDAY, Jan. 7, 2019 (HealthDay News) — After having a stroke, heart attack or cardiac arrest, people are less likely to be employed than their healthy peers, new research shows.

Even if they are working, they may earn significantly less than people who haven’t had a stroke or heart event, the investigators found.

Although the majority of people who have one of these serious health scares do end up back at work, about 20 percent of those who had a stroke weren’t back at work three years later.

The study also found an average drop in yearly earnings of more than $13,000 after a stroke, about $11,000 after cardiac arrest and nearly $4,000 after a heart attack.

“When we look at the impact of health events, we need to look not only at short-term, easy-to-measure outcomes like life and death. Quality of life and economic well-being are equally important to people,” said study author Dr. Allan Garland. He is a professor of medicine and community health sciences at the University of Manitoba and Health Sciences Centre Winnipeg in Canada.

Garland said that most people want to work, so it’s important to figure out who’s most likely to lose their ability to work and earn. Then, he added, “we need policies from government and employers to try to help these people get back to work and be more productive.”

Serious health events like heart attacks, cardiac arrest and strokes can be life-altering, the study authors noted. These conditions may lead to a loss in some abilities, which might make it difficult to return to work or to return to work full-time.

One-third of heart attacks, 40 percent of cardiac arrests and one-quarter of strokes occur in people who are 65 or younger, according to the report.

To see what impact these events had on people’s working lives, the researchers were able to use a Canadian database that links hospital records and tax return information. They looked at data from 2005 to 2013.

The investigators looked for people who had experienced a heart attack, cardiac arrest or stroke who had been working during the two years before their health event. They were all between the ages of 40 and 61.

Garland’s team compared these groups to a much larger group of similar healthy people, and looked at the three-year period after the serious health event.

“These kinds of unemployment and lost earnings have broad consequences across society. In the United States, it can lead to a loss of health insurance and lead to the phenomenon of medical bankruptcy. Those costs are borne by governments and employers,” Garland said.

Dr. Terrence Sacchi, chief of cardiology at NewYork-Presbyterian Methodist Hospital in New York City, said that someone who has had a heart attack has a much better chance of returning to work than someone who is much sicker, such as someone who’s had a stroke or cardiac arrest.

Sacchi said the study shows the need to stress prevention.

Sacchi also recommended that people enter a cardiac rehabilitation program, and “if you feel you’re capable, you can get back to work.”

The findings were published Jan. 7 in the CMAJ.

Learn more about getting back to work after a stroke from the National Stroke Association.